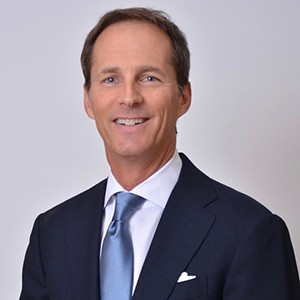 Q. Please describe the decision-making process within USTA Texas during the onset and peak of the COVID outbreak.

[What follows is an edited version of Van’s response.]  “At noon on March 12, USTA Texas decided to suspend all play.  And regrettably that included a tournament in San Antonio that was scheduled to begin at 1 pm….So, over the next few weeks our priority was getting accurate information out there to our members… Lots of people still wanted to play tennis.  However, local cities and municipalities began shutting completely down.  In some places, nets were removed….Thankfully, there became a recognition nationally that different parts of the country were affected in different ways.  More authority and discretion were pushed down to the state and local levels.  On May 31, it was agreed within USTA that the states could decide on their own, independently. “

Q.  What were the other challenges?

“First of all, there is always the question of court availability.  Just because a facility is reopened doesn’t mean that every court is open.  And do they have the necessary protocols in place?  A big part of relaunching is assuring players that where they are playing respects, and is accommodating, their need for safety.  Clubs and parks have to communicate that.”

Q.  So what is the path forward?  How do you see things progressing?

“In general, league play will likely reopen faster than tournament play, which we expect to begin in July.   On the tournament side, we are looking at innovations whereby people can compete but perhaps they are divided into smaller groups.  Play is broken up versus everyone at once.  We need tournament staff to be out there communicating protocols.  What’s exciting is we will be launching a variety of events and we will be learning and adapting as we go.  If something is working well at one tournament, we need to apply it elsewhere.  I’d like to see tournaments resuming by July, but we have to have adequate court access.”

Q. Are you concerned that some people may not resume play?

“During the shutdown, people were literally climbing the fences to play tennis.  During the month of May and into June, the number of consumers buying entry-level pre-strung racquets and balls at Walmart and Target, for example, literally doubled every week.  This represents an explosion of new tennis players who have self-introduced themselves into the sport because the ‘barrier to entry’ is so low.  We need to convert these people into lifelong tennis players.  Tennis works with social distancing, playing outdoors, being with family.  This fall, we’ll have a huge push to bring these people into our Texas tennis family.”

Q.  You have a ton of experience on the professional tour and as an ATP tournament director.  What’s the impact on the pro tour?

“First, consider that 75 percent of men’s and women’s draws at the US Open would arrive in NYC from overseas.  No other sport is as international as tennis.  Perhaps we will see professional tennis become a bit more regionalized.  It’s a shame.  The journeyman player who is ranked 100 or below is being really hurt.  They typically have only four to five years to make their money.  The top players will be fine.”

Q. The mission of USTA Texas is obviously to grow and nurture the sport.  How do you do that?

First, you have to create the best experience for the consumer.  Again, there is low barrier to entry–you need a racquet, some balls and a court.  Also, today, time is everyone’s most valuable commodity.  You can play tennis and know when you’re starting and when you’re finishing.  And you have to create matches where people are playing against people of equal ability.  Second, it must be locally driven.  I can provide resources from Austin but I can’t drive participation at the local level.  It must be driven from the community up.”

Q. You were a top 10 Texas junior player.  Did your experience with that help you relate to junior players today?

“Absolutely.  I am well aware of the hard work and sacrifice that players and their families make on the way to becoming an elite player.  And many of the people I competed with and became friends with remain very active in Texas and national tennis.”

Q. How often to you get out to play tennis?  And who is your tennis idol?

“Funny you ask.  A business executive friend of mine told me when I took this job that that the further up you go in an organization, the further away you get from the end product.  So, I try to get out there, mostly playing mixed doubles for fun.  Well, at age 10, my idol was Rod Laver, who I saw play in 1972 in Moody Coliseum at SMU.  He lost to Ken Rosewall but that match helped to launch modern tennis.”