USTA Texas is pleased to announce the eight recipients of the 2017 Community Development Awards.

“This past year, we’ve seen our tennis communities make incredible strides in programming, outreach, volunteerism and so much more,” says USTA Texas Community Services Manager Alexandra Trobough. “I’m honored to have such amazing advocates be a part of our Texas Tennis Family.” 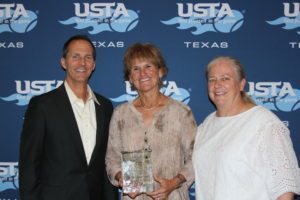 Rosie Garza received the Partner Organization of the Year award for Courtyard Swim & Tennis Club in Austin. Presenting the award is Van Barry, ED of the USTA-Tx section, and Emily Schaefer, President of the USTA-Tx Board

The following people/organizations were selected as the 2017 winners: 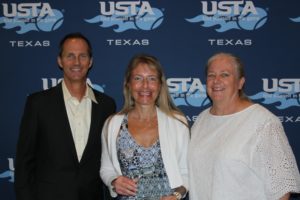 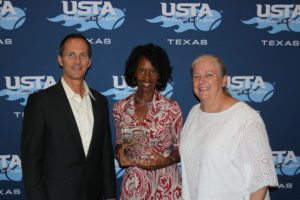 Michael MacVay, on behalf of Rippner Tennis, received the Youth Excellence Program of the Year award.