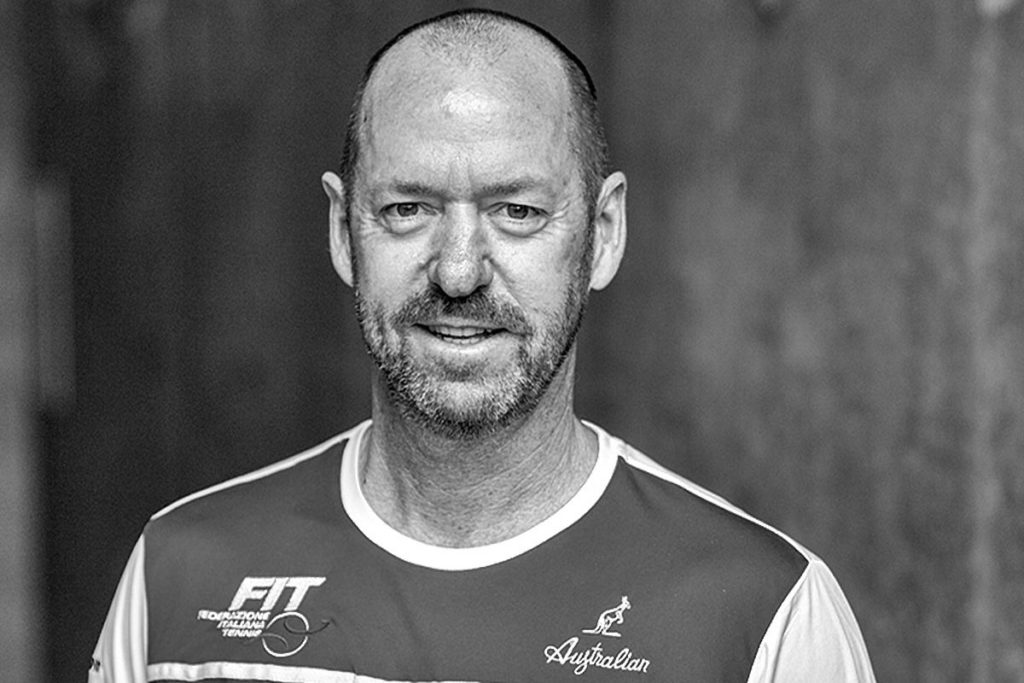 Strategy Guru to the Pros

Most of our “Austin Tennis Greats” have played their way to the top. Others have led organizations or promoted participation in leagues and teaching clinics. But what about a guy who is more of a thinker than a hitter? Someone whose strategic acumen is so keen he’s a valued advisor to tennis legend Novak Djokovic, Wimbledon finalist Kevin Anderson, rising Italian Matteo Berrettini and several other elite players.

Craig O’Shannessy is an Aussie by birth but a Texan by choice. He came to the U.S. to play tennis for the Baylor Bears and after graduation became a pro at the T Bar M Racquet Club in Dallas. Along the way he had an epiphany: Most tennis instruction and strategy is based on opinion, not fact. What the sport is lacking is a data driven system that provides irrefutable statistics as to what works and what doesn’t on the court. Baseball had its “Money Ball” breakthrough. Other major sports have their analytics. Why not tennis?

A journalist—not a mathematician—by training, Craig is an unlikely person to have pioneered tennis’s leading system of metrics-based strategy. Yet he and his collaborators have compiled and analyzed thousands of matches, from junior’s tournaments to Grand Slam finals. Insights from of his work has led both tour-level pros and weekend hackers to victory—all while turning tennis orthodoxy on his head. Craig’s research reveals:
• The vast majority of points played at any level are four or fewer shots. The most frequent rally length: one shot.
• Seventy percent of points end in an error versus a winner.
• The serve-and-volley game is not dead. The server won 60 percent of all of serve-and-volley points played in recent Grand Slam matches.
He asks if only 10 percent of all points are long rallies, why are you spending 90 percent of your practice time on endless rallying? Focus instead on your serve, return of serve, and getting to the net. What’s the best way to win points? Not by hitting winners or out-rallying your opponent but by forcing errors. Hit it deep and come in.
What’s his proof? He cites, for example, that Serena Williams and Roger Federer both won Grand Slam championships while losing more than 50 percent of their baseline rallies because they won heavily at the net.
This kind of counter-intuitive advice sometimes meets with skepticism. At one of his many presentations before teaching professionals, the ever-affable Australian finally retorted, “This is the room of facts. If you want to participate in the room of opinions, it’s down the hall.” No one left.

Craig travels the world coaching, writing, doing television commentary and running his instructional website called “Brain Game.” But from a coffee shop overlooking Hill Country, the Bee Cave resident says that more than any other place Austin is where he wants to live and raise his family.