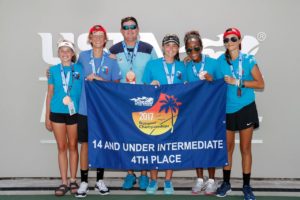 The ATA Devastators lost to a team from the USTA Southern California Section 42-38 in the third-place match, after advancing to the playoffs by going undefeated in group play. The team is coached by Chad Loup and features team members: Savannah Baptiste, Aidan Canada, Sydney Marin, Keana Moon, Jordan Phillips, Devan Sabapathy, and Clark Sweeney. All of the players, with the exception of Sweeney (West Lake Hills), are from Austin. 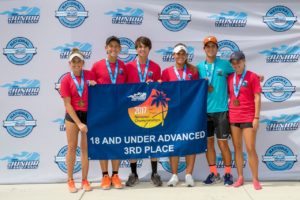 The 18U ATA Dream Team defeated a team from Staten Island, N.Y. and the USTA Eastern Section in the third place match. The team is coached by Brandon Davis and features team members: Juandedios Abboud, Tyler Anson, Harrison Chiu, Roger Choi, Callie Creath, Stephanie Pitts, and Georgia Wright. All of the players, with the exception of Abboud (Laredo), are from Austin. 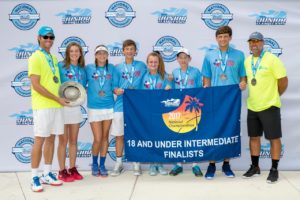 Berry Creek fell to a team from Elk Grove, Calif. and the USTA Northern California Section in the final by a score of 49-36.   The team is coached by Trey Baring and Jory Ereckson and features team members: Cole Isbell, Parker Kallman, Samantha Miller, Zachary Miller, Sophia Namee, Stephen Sieckmann, and Jessica Straight. All of the players are from Georgetown.

The 2017 USTA Junior Team Tennis National Championships brought together the top 61 teams at intermediate and advanced levels from various USTA Sections throughout the country. This is the first time the event was held at the USTA National Campus.

The National Championships serves as the crown jewel of USTA Junior Team Tennis as the nation’s top teams compete for the title. Each year the USTA crowns a national champion in two age divisions (14U and 18U) in both the Intermediate and Advanced play divisions.

Established in 1991, USTA Junior Team Tennis provides youth with all of the health and social benefits of tennis in a coed, fun and competitive team environment – all while allowing participants to compete with and against individuals of similar ages and skill levels.

With more than 85,000 players competing nationwide, USTA Junior Team Tennis brings players together to enjoy camaraderie and teamwork, providing a fun environment for kids to learn that succeeding is really more about how they play the game – win or lose.